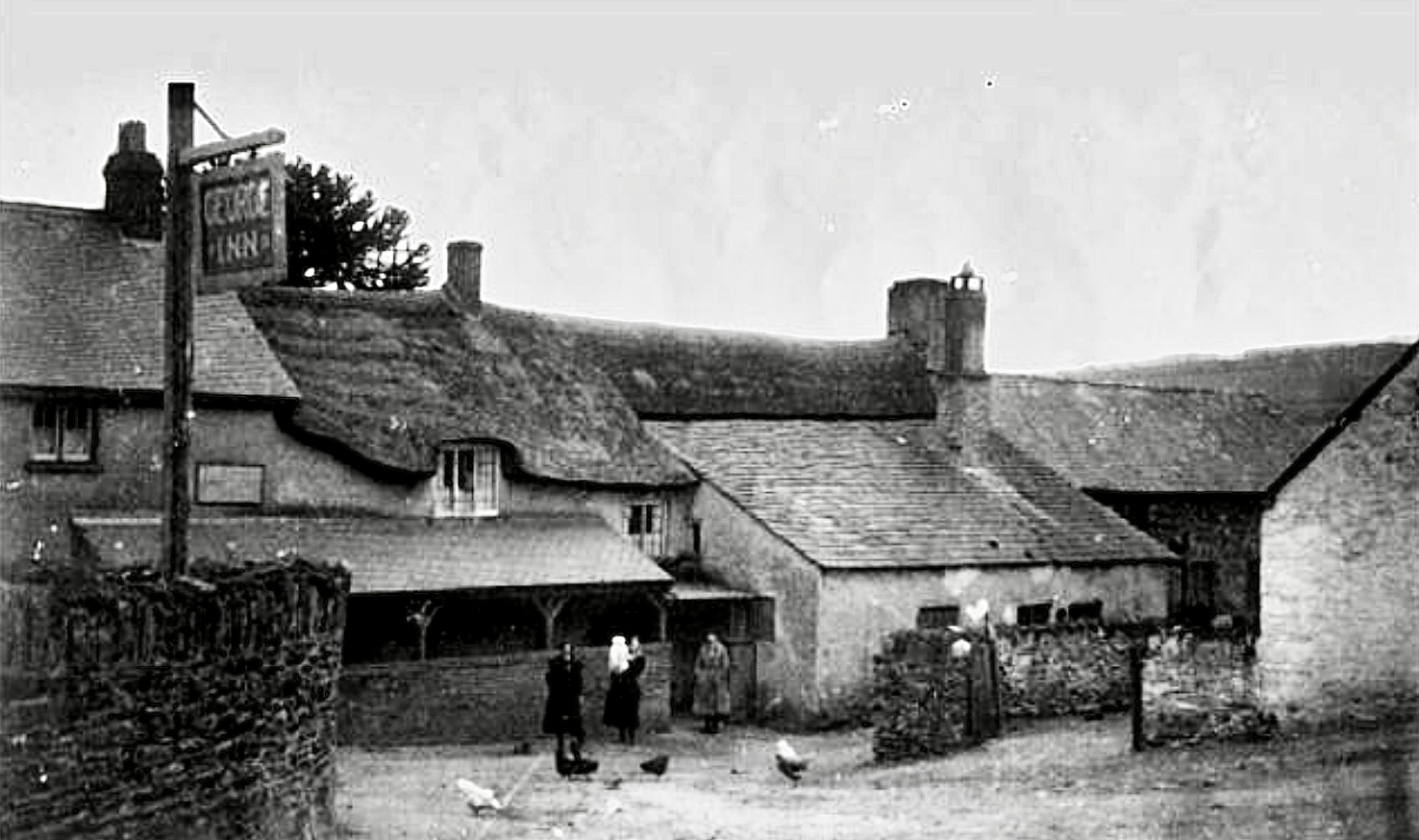 The George Inn is a traditional 16th Century Free House that was originally named after George I (1660-1727) who was King of England from 1714 until his death. Originally, it had a thatched roof and was slated from thatch in about 1964.

In the courtyard, under the wall, there used to be a cobbler’s shop and a butcher’s shop. The last butcher, who finished trading during the 1939-45 years, used to keep pigs in a shed up against the roadside wall directly in front of the George